Don Miguel Ruis is the author of The Four Agreements: A Practical Guide to Personal Freedom. This book has sold more than 8 million copies in the US and has been translated into 46 languages worldwide.

Based on ancient Toltec wisdom, the Four Agreements offers a code of conduct to help you transform your life and bring happiness and love. These agreements are the ones we make with ourselves, with others, with God and with life itself.

1 Be impeccable with your word
The most important and most difficult agreement to honor – Choose your words carefully and be responsible for what you say.

2 Don’t take anything personally
This agreement helps to limit the impact of hurtful treatment by others in life.

3 Don’t make assumptions
Instead of assuming what you belief, ask questions to avoid suffering.

4 Always do your best
Bring the first three agreements together to live to your full potential.

The great challenge with simplicity is that it takes time and effort to distill your idea down to its core principles.

Also, notice the word ‘agreement’. These are not laws, rules, guides, commandments, principles or pillars.

What you call your manifesto is crucial – it sets the tone and flavour for how to relate to it.

In this case, ‘agreements’ is totally consistent with a manifesto with the intent of promoting ‘personal freedom’.

It says, ‘you are free to agree to this, or not’. It just wouldn’t work or have the same meaning if they were commandments.

Chris Guillebeau – The Art of Non-Conformity

The Five Pillars of Islam are an adopted set of practices and beliefs that evolved over many years. While they are alluded to in the Quran, it is believed they were not formally in place during the lifetime of the Prophet Muhammad.

The Five Pillars are the ritual obligations for living a Muslim life. They are considered to be the duties of a Muslim.

While the Sunni and Shia agree on the essential details for the performance and practice of these acts, the Shia to do not refer to them by the same name. (Wikipedia).

The first pillar is Shahada or the expression and declaration of faith. This is said five times a day during prayer. Muslims recite: “There is no god but God, and Muhammad is the Messenger of God”.

The second pillar is Salat or prayer. Five times a day a Muslim faces Mecca and performs a physical type of prayer known as a prostration which involves having the forehead, nose, both hands, knees and all toes touching the ground together. The prayer includes silent or spoken versus from the Quran.

The third pillar is Zakat or alms giving to charity. Muslims give a certain amount of their income to support the Islamic community. This is a purification process that acknowledges that all things belong to God.

The fourth pillar is Sawm or fasting. Ramadam is the holy month in the Islamic calendar and is when fasting takes place. A Muslim fasts between sunrise and sunset and it includes abstaining from food, sex and smoking. The purpose is to remind Muslims that all individuals equally need the assistance of Allah.

The fifth pillar is Hajj or pilgrimage. At some point during one’s life, a Muslim is expected to travel to Mecca during the 12th month of the lunar cycle. The hajj is to express your devotion to God.

Religions are something you do.

This manifesto reinforces this viewpoint with a series of rituals – practices with meaning.

While the Quran is the written form of Islam, it is through these practices that Muslims are able to live their faith.

Each of the five pillars has a specific meaning that link the action to a celebration of their faith.

Notably, it starts with a five times daily declaration of your faith through Shahada. You might like to compare this to forming a daily habit – practicing it regularly builds the emotional and neurological connection.

The Five Pillars also has rituals expressed in different timeframes in different ways. For instance, Shahada is daily, Ramadam is once a year and the pilgrimage to Mecca is once in a lifetime.

Leon Gautier was a French literary historian who lived from 1832 to 1897.

Gautier’s Ten Commandments were written in the 19th century even though the various codes of conduct he wrote about were created between 1170 and 1220.

The Chivalry code was intended to guide the behaviour of knights during the Middle Ages.

It was applied to men of noble standing or ancestry who were capable of equipping themselves with a war horse and a cavalry of supporting riders.

The world ‘chivalry’ means ‘horsemanship’ in Old French. The Italian word is ‘cavalry’.

Chess fans will note that the ‘knight’ or armoured cavalry is typically represented as a horse’s head and neck.

Gautier’s Ten Commandments of chivalry are:

Note: The use of old English – not quite how we speak or spell words today.

The most interesting thing with regard to this manifesto is the gap between the living of the Chivalry code in the Medieval period and the six hundred plus years before it was written down and published by a historian.

Given the tight knit and elite community of knights in the medieval period, an oral manifesto clearly was effective.

In contrast, in our current social media world, the balance has swung in the opposite direction – if it is not published online then it effectively doesn’t exist.

It is perhaps no surprise that it is written in the classic Bible style of the Ten Commandments given its strong religious tone.

This connection between knights and their ‘war horses’ reminds us of the strong influence that religion had on the politics of the time.

The Eight Virtues of Bushido

Creator: Dates back to the Indus Valley civilisation of Ancient India and in classical Europe. It is still widely used in Indian religions namely Hinduism, Buddhism and Jainism. (Wikipedia)

Purpose: The Hindu Swastika is a sign of good luck and well-being. It is a lucky charm. 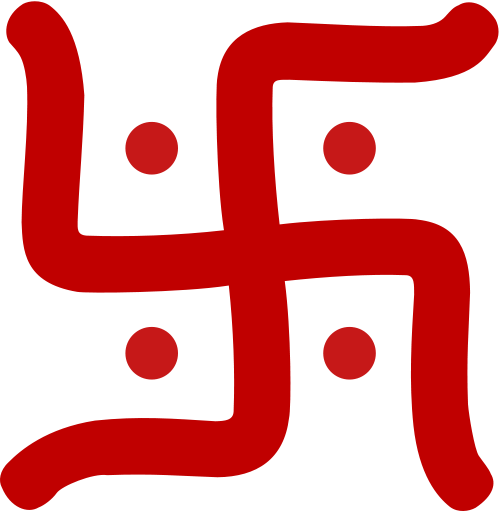 Creator: Published in the Bible and said to be spoken by God to the people of Israel.
Purpose: A moral foundation and guide for living in Judaism and Christianity.

The Roman Catholic, Lutheran, Jewish (Talmudic), Anglican and Orthodox Christians have slightly different versions of the Ten Commandments. This a combination of these versions.

Creator: The work of many people over many centuries.
Purpose: A manifesto that explains the way the world was created and the role of man and woman in that world. It becomes a framework for living for followers of Judaism or Christianity.

The seven steps in which God created with world…

Creator: The work of many people over many centuries.
Purpose: The Bible contains a collection of stories and lessons for living for followers of Judaism or Christianity.

The Bible is a collection of sacred scripture of the various branches of Judaism and Christianity. The following are various stories or lessons that are commonly included in a range of Bible versions.